WHOSE SIMPLE WORDS HAD DEEP THOUGHTS 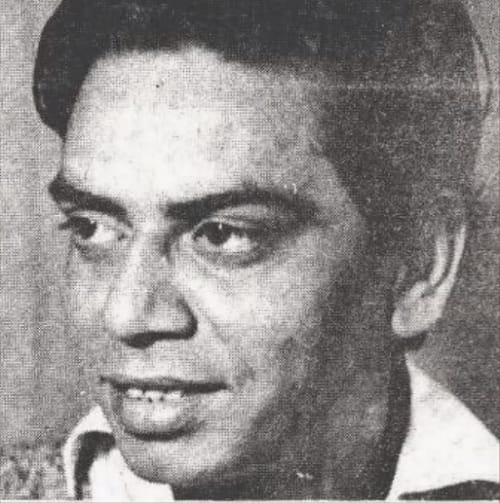 Shailendra, Baba for me as I am quite close to his son, Dinesh Shailendra, would have been 96 today i.e. 30th of August. His easy to understand songs articulate the essence of roles played by the actors on the silver screen. His painful songs can tear up the cold- hearted persons.
Once Gulzar said about Shailendra, ” ….among all the lyricists of Hindi Cinema, only Shailendra became a part of the film medium, expertly and successfully. All others remained poets who wrote for films.”
Songwriter of numerous hit songs in 1950s and 1960s, Shailendra was born on August 30, 1923. He was noted for his association with Raj Kapoor and Shankar-Jaikishan. Their association started with the film Barsat (1949). Shailendra’s song Awara Hoon for the film Awara ( 1951) became the signature song of Raj Kapoor. He also shared rapport with Bimal Roy and Dev Anand. Who can forget the songs of Madhumati and Guide. He won the Filmfare Best Lyricist Award three times. He also produced a movie Teesri Kasam ( 1966) starring Raj Kapoor and Waheeda Rehman.
Cruel death snatched him from us on December 14, 1966. He has left behind an invaluable treasure of songs and poems.